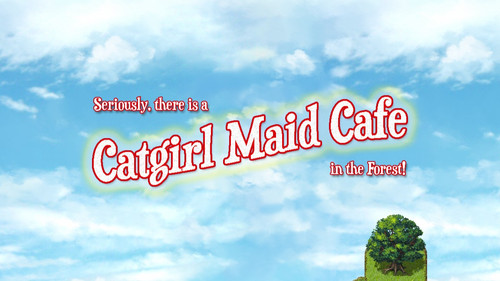 After fighting with the flu, I finally managed to get an entry to the finish line. Oh, be sure there are a few bugs, but the game should be playable, and provide some kind of entertainment value.

The original concept was a bit bigger, hence the title "Isekai Anthology." I've not given up on that total idea yet either. The hope was to do a couple of really small RPG's that would tell some various stories using the plot/lore concepts so prevalent in anima/manga lately. Guy with a cell-phone in another world, someone hit by a bus now has a cheat-code in another world. You've seen them. You know exactly what I'm talking about. I had a few silly ideas I really wanted to float for the IGMC.

Then, our lovely little friend, the influenza virus, decided to pay a visit. So, I listened to the virus, and tried to at least finish one topic for the IGMC. Maybe I should have named it, "The game you make when you have a fever of 101."

Vol. 1 of a series of short RPG's exploring the "Another Life" subject of so much manga!